De
This website uses session cookies. By continuing to use the website, you agree to their use. You can close this note by clicking on the button. Data privacyClose
Home
Product lines
Glycerin – Mercol® product diversity
Food additive E 422

E numbers designate certain food additives that influence the look, taste, shelf-life or other properties. What is more, their function is to simplify technical processing. 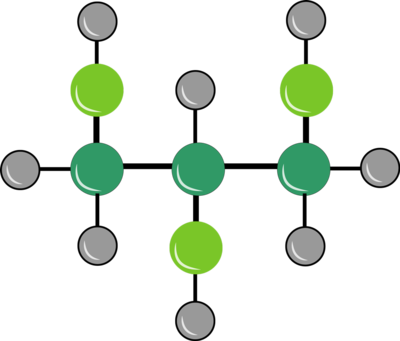 MORE SAFETY AND TRANSPARENCY IN DEALING WITH FOOD ADDITIVES

An E number proves that the respective additive has been tested for its harmlessness to health, complies with EU-wide compulsory purity requirements, is technologically necessary and does not lead to the deception of consumers. The numbers allow to clearly identify any food additive irrespective of the corresponding local language.

The “E” stands for Europe, the numbers for the substance group the substance is classified into. E numbers E 100 to E 199, for example, designate colorants, E 200 to E 299 preservatives, and E 300 to E 399 antioxidants. Some substances, however, cannot be unambiguously allocated since they may serve for different purposes. Ascorbic acid (E 300), for instance, is listed as a flour treatment, antioxidant, and acidifying agent.

From a physical point of view, glycerin is a colorless and odorless, water-soluble, clear and viscous liquid, sweet-tasting and featuring a high boiling point. It is a by-product of natural fats that play an important role in numerous metabolic processes. In oleochemicals, glycerin accrues from the production of fatty acids. Moreover, it can be obtained from fats by saponification.

Glycerin was obtained for the first time in 1779 by Carl Wilhelm Scheele, a German-Swedish chemist and pharmacist, by saponification of olive oil. The substance was given its name that is derived from the Greek word "glykos" (sweet) no earlier than in 1832. In 1854, Fergusson Wilson, a British entrepreneur, plant breeder and chemist, was the first to succeed in performing its industrial synthetization.

USE IN THE FOOD INDUSTRY

Under most conditions, glycerin remains chemically stable, is compatible with many other substances and easy to process. This makes it suitable for many different applications. In the food industry, it is used for improving the consistency, as a taste refining agent or for optimization of preservation properties.

In some beverages or in confectionary, E 422 is used as a solvent for flavorings and food coloring. In pastry such as tortes or cakes, glycerin acts as a softener and humectant. This food additive can also be found in the rinds of several types of cheese.

A well-known field of application is chewing gum, where glycerin is used as a humectant. In addition, E 422 is used as a sweetener.